The American Legion Band of the Tonawandas has recorded five CDs since 1992. In celebration of their 75th Anniversary in 2004, the band put together a DVD of photos, films, and newspaper articles from its' history, as well as the recording of their Carnegie Hall performance. There is also a 75th Anniversary commemorative booklet.

The items listed below are available online through the website, at band concerts, and at the band's rehearsal space. For questions, contact Equipment Manager Gretchen Scott. 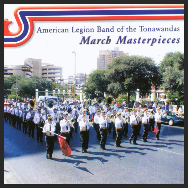 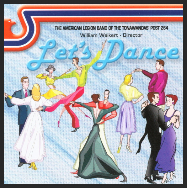 Dance music is the feature on this recording, with big band tunes, symphonic arrangements, and a few marches. Recorded in 2002, conducted by William Weikert.

The Spirit of Liberty 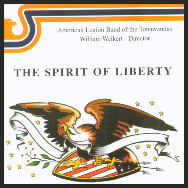 The Band performs traditional patriotic marches and service songs, along with a few modern patriotic arrangements. Recorded in 1995, conducted by William Weikert. 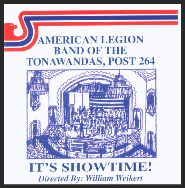 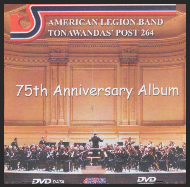 This DVD is a comprehensive collection of band photos, films, and newspaper articles detailing the band's history up to the present day. It also contains a recording of the band's concert at Carnegie Hall in April 2004, as well as video recordings from previous American Legion Competitions and various other venues. 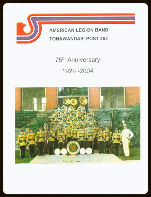 This 80-page booklet allows the reader to follow the band from 1929 to 2004 through selected photos, news clippings, and letters.